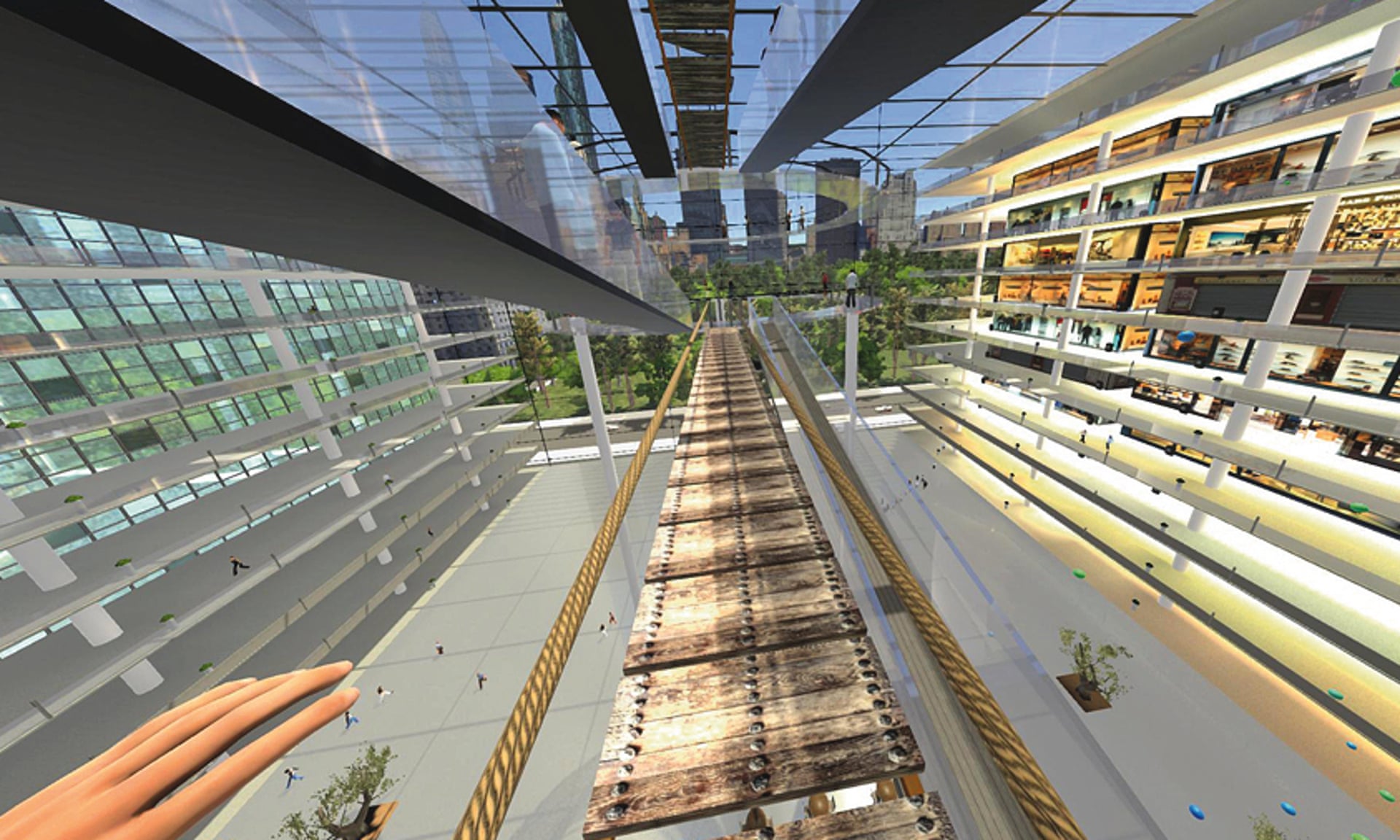 Do you have a phobia? Maybe VR can help. The idea of using Virtual Reality for the treatment of phobias has been around for a long time. The first academic paper on the subject was published in 1995. I recently read a great article in The Guardian that discusses some of the therapeutic ways VR is being used today.

The article starts onsite at Oxford VR where they are about to demonstrate their nowican (now-I-can) platform. The test subject is a former pilot who suffers from a severe fear of heights (acrophobia). As the article notes:

He doesn’t mind flying planes or sitting on the side of the Apache with the door open; he’s just terrified of going up two or three floors of a building or driving over a bridge.

As you can imagine, this makes life quite difficult.

The startup’s CEO is Daniel Freeman, also a professor of clinical psychology at the University of Oxford who has been working with VR for 16 years. While Professor Freeman certainly doesn’t imply that VR is a magic cure-all, he does note:

“There are very few conditions VR can’t help, because, in the end, every mental health problem is about dealing with a problem in the real world, and VR can produce that troubling situation for you. It gives you a chance to coach people in other ways of responding. The people I see are anxious or depressed, or worried about people attacking them, and what they’ve done in their life is retreat from the world. With VR, you can get people to try stuff they haven’t done for years – go in lifts, to shopping malls, then they realise they can do it out in the real world.”

Acrophobia is just a starting point for nowican. They’re exploring treatment for a range of phobias, including paranoia. Much of their work uses VR to help patients re-learn that they are safe around people or circumstances that they currently fear.

But What About Results?

Any good treatment should have a positive outcome. What about VR? Professor Freeman has a pretty clear answer:

“The results were remarkable. From just 30 minutes in VR, there were large reductions in paranoia. Immediately afterwards, more than half the patients no longer had severe paranoia. Importantly, the benefits transferred to the real world. It wasn’t a definitive study. It was small and short-term, but the results do show great potential.”

How Does This Apply to You?

Clearly, VR has a lot of potential to help people with phobias and other mental health challenges. But how does this apply to you?

A clear takeaway is the power of VR to immerse a person. Despite less than perfect graphics, potentially clunky control mechanisms and other challenges, VR really can fool the human brain. While phobia treatment may not be part of your day to day business, it speaks volumes for the power of VR for training.

Yes, from phobia treatment to training. What do you need out of training? A process that impacts behavior, especially one that remedies negative behavior. And that’s exactly what VR is demonstrating when applied to phobias.

Go read the article in The Guardian. It’s worth your time.